Posted on February 5, 2013 by Danielle @ DiningWithDani 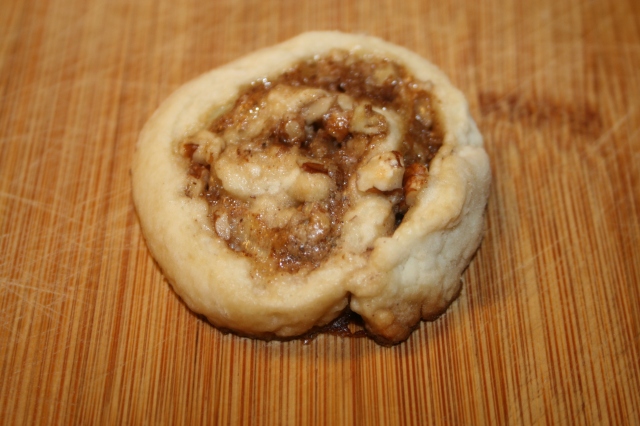 I love cookies. I love warm, gooey cinnamon rolls. Therefore, it only makes sense that I would attempt this recipe from Kohls’ “Crazy About Cookies” cookbook.

The dough has maple syrup in it, which is definitely interesting (and not as messy as I thought it would be). These cookies take a while to make because you have to harden that syrupy goodness in the fridge before you roll out the dough, but they were delicious.

What You Need For the Dough:

For the Swirl Filling:

I had a little accident with one of my logs because I spilled too much egg white onto it. It broke apart and although I tried to salvage it, that entire half of dough was useless. I would like to create these again for more practice and I would like to attempt a cream cheese icing on top to make them more like real cinnamon rolls.

This entry was posted in Desserts. Bookmark the permalink.